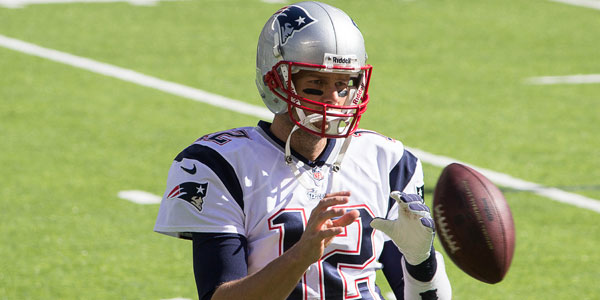 Everyone has heard the expression, “You need to believe to achieve.”

But what happens when belief gives way to anxiety?

You know the feeling… A near victory begins to slip away, self-assurance gives way to doubt, and your confidence begins to get shaky.

How do you manage this anxiety? What does it take to dig deep and believe, despite setbacks?

Let’s look at a recent case study where belief and anxiety impacted both teams:

The Falcons headed into the fourth quarter with a 28-9 lead. Little by little, the Falcons watched Tom Brady lead one of the greatest comebacks in sports history that culminated in a 34-28 overtime victory.

The Patriots scored 19 points in the final quarter, including a pair of 2-point conversions, which is a direct result of a deep-seated belief in the team’s ability to overcome the competitive challenge before them.

The Patriots appeared poised and resolute despite facing difficult odds. On the other side, the Falcons looked anxious and made critical errors late in the fourth quarter, including an unnecessary offensive holding call and taking a sack that put them out of field goal range which would have given them a two-score lead.

Many Falcons players were hanging their heads on the sidelines towards the end of the game as if they feared what they deemed inevitable. Tom Brady held fast with belief.

“If a player feels high anxiety, he may divert his attention from the game and is more susceptible to errors.”

Belief And The Ability to Persevere Through Anxiety

Tardio Tips: 3 Methods to Increase your Belief in your Abilities

To read more: Why “Going For It” Beats Playing it Safe