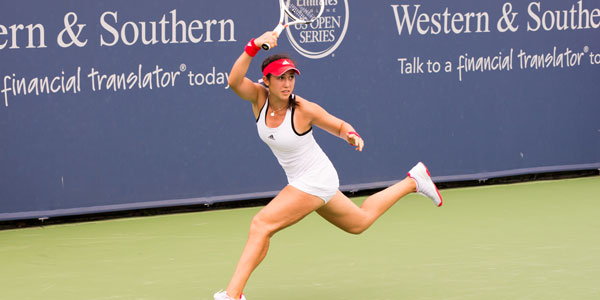 Athletes often talk about mistakes as the cause for a loss or a bad performance. In this sense, mistakes get a bad rap.

How is that possible?

How can the best tennis players also be the greatest mistake-makers?

Theodore Roosevelt gave us this pearl of wisdom back in 1900. Not only does this saying apply today, it is particularly profound in the arena of sports.

Here are five reasons why getting comfortable with mistakes will help your game:

Learn From a Professional

Nineteen year-old Louisa Chirico made a splash at the Madrid Open. Chirico, ranked 133rd at the start of the Open, made her first WTA Tour semifinal and she did so by going for her shots. Chirico committed to play aggressively and beat 39th-ranked Daria Gavrilova, 7-6 (1), 6-2 en route to her highest WTA finish and moving up to a 74th ranking.

Jay Gooding, one of the coaches who has worked with Chirico, points to her fearlessness and ability to move on from mistakes as her greatest assets.

GOODING: “She’s very strong physically and she can move. When she was younger, she wasn’t afraid to miss. Normally in junior tennis, especially in America, everyone is pushing, and moon-balls, and she was never afraid to miss. She missed a lot, but I liked that. As a coach, I think, okay, there’s a lot of upside there. You can always tone that down; it’s tougher to get someone to hit the ball than to slow it down.”

Chirico’s successful showing at the Madrid Open has more to do with her mental strength than her physical prowess. Chirico is comfortable with making mistakes, that is, she is not afraid of taking risk… There is no fear of failure.

Tardio Tips: Getting comfortable with mistakes

Trust your shots and learn from mistakes.

Going for it may just fuel your fire even more.