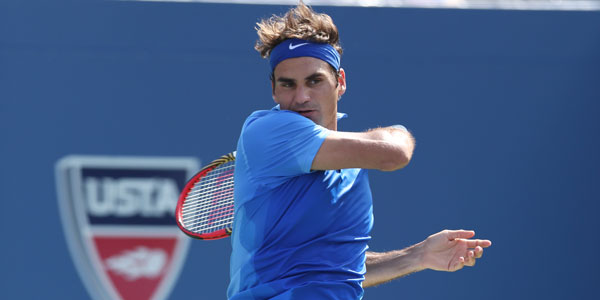 Doubt strikes every athlete at some point in their career…

Many think that confidence is the absence of all doubt but that is a misconception.

If you lose in straight sets to the same opponent… Or if you can’t seem to locate your serve over the course of a set… Or if you are in the midst of a slump, some doubt will probably creep into your mind.

Confident athletes have the ability to confront those doubts or push forward despite doubt… Moving forward even though there is some doubt in your mind is at the heart of resilience.

If you have some doubt about beating a particular opponent, you can still prepare fully, positively get up for the challenge and push yourself to the limit. Just because you have a slight doubt about your serve, you can still keep going for that big serve.

When you confront your doubt, you will be more motivated to challenge yourself and prove something to yourself… and remember, just because you may have doubt doesn’t mean you cannot succeed.

Referred to by many as the G.O.A.T. (Greatest Player of All Time) tennis player Roger Federer, at 35 years-old, had doubts even though he entered the season with 17 Grand Slam career titles. Federer, who didn’t win a Grand Slam event from 2013-2016, doubted if he would ever win another Grand Slam event.

How is it possible that the third ranked men’s tennis player in the world, who has well over 1,000 career victories, could have doubt in his ability?

Underperforming in Grand Slam events was taking a toll on Federer.

But, remember, doubt happens to everyone and athletes are not excluded. Success is dependent upon what you do with that doubt…

Will your doubt stop you or will you continue to push forward?

Federer posed a question to his support team of family members, trainers and coaches asking if they believed he could still challenge for top titles, “Basically the answer was always the same from them. [They said] that they thought if you’re 100 percent healthy and you’re well-prepared, you’re eager to play, then anything’s possible.”

The remedy to succeed despite slight doubt is four-fold:

Tardio Tip: Performing at a High Level Despite Doubt

Follow Federer’s example. Ask your family, friends and coaches about your true ability to perform in your sport.

Sometimes outside sources, can give you a clear picture of your true potential.

Refuse to let doubt stop you.