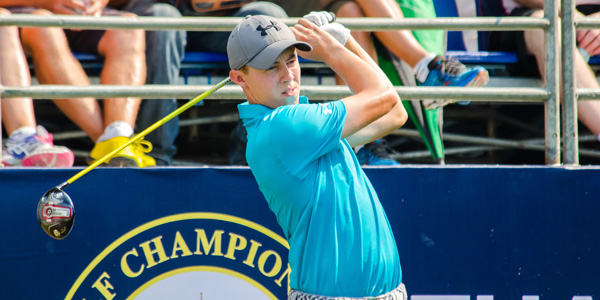 Isn’t it amazing how a few bad holes can shake a golfer’s confidence?

It is like a flood of negative memories invade your mind and body and you relive every meltdown, bad tournament, or tough time you ever had playing your sport…

These negative memories can open the floodgate for negative emotions to course through your body. Tight, tense, frustrated, angry and distracted, you feel helpless to change what you believe to be inevitable.

Since it is impossible for every shot to go exactly as planned, you need to have the ability to recover quickly from bad shots or holes and move forward without carrying the weight of negativity and distraction.

That is why resiliency is a vital mental skill for golfers and athletes alike.

Think of resiliency as a parachute that prevents you from crashing down after your performance veers slightly off course. When the parachute opens, things slow up for you and give you a new perspective as to your best present plan of attack. Resiliency helps you focus on the task at hand rather than the mistakes or missed opportunities of yesterday.

Jordan Spieth encountered this very experience at the 2017 British Open. Spieth started the final round with a three shot lead then bogeyed three of his first four holes to fall back into a tie with Matt Kuchar.

Would negative memories of the 2016 Masters invade Spieth’s mind?

At the 2016 Masters, Spieth led by one stroke after a third round. In the final round, after leading by five strokes heading into the back-nine, Spieth suffered one of the biggest collapses in Masters history. Spieth had two bogeys, two errant shots that landed in the water and a quadruple-bogey on hole-12 to finish in second place, three strokes behind the winner.

Spieth had a choice to make during the back nine of the 2017 British Open: focus on the past failings and risk a cataclysmic meltdown or focus on the opportunity right in front of him and put himself in contention for the win.

To help Spieth focus on the task at hand, caddie Michael Greller reminded Spieth of a recent vacation where Spieth, Michael Jordan and Michael Phelps had a photo op.

SPIETH: “We walked off the 7th tee box and [Greller] made me come back. He said, ‘I’ve got something to say to you. You remember that group you were with? You’re that caliber of an athlete. But I need you to believe that right now because you’re in a great position in this tournament. This is a new tournament. We’re starting over here.’ ”

After a wayward shot and bogey on the 13th hole, Spieth displayed his resilience, stayed focused and responded by making birdie on 14, sinking a 35-foot putt for an eagle at 15 and adding two more birdies at 16 and 17. Spieth went on to win the 2017 British Open for his third major championship. With the victory, Spieth became the second player in golf history to win three of the four men’s golf majors before his 24th birthday and an excellent example of resiliency in action.

Tardio Tip: How to Boldly Act with Resilience

It is normal for negative memories to enter your conscious thought when you find yourself in a similar circumstance. Remind yourself that just because something happened in the past does not mean it will happen again, unless you allow it to happen.

To help you regain your present moment focus, tell yourself, “That was then and this is now. My past does not dictate my present. I am starting over right here, right now.”

The more you flex your resiliency muscles, the more you are able to handle when things go awry in the future!

Related Article: Alex Rodriguez: The Drive to Perform Through Adversity