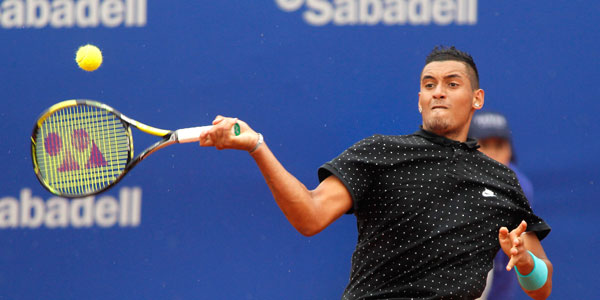 Have you ever let your emotions get the best of you? Find yourself furious over a bad call, irritated at an opponent, upset by your sports performance? Do your emotions feel uncontrollable or unmanageable?

Emotions play a critical role in all sports.

Emotions can either fuel performance or fan the fire and destroy performance.

Negative emotions (frustration, anger, resignation, sadness, disappointment) adversely affect your physiology, swing mechanics, reaction time, and coordination. Negative emotions interfere with focusing on your match strategy and, if not managed, will take you out of your game.

There are many incidents in the course of a tennis match that can elicit intense negative emotions, for example a bad line call.

After an incident occurs, you subconsciously, assign it some degree of significance. The significance you assign the bad call will have a direct bearing on the intensity and type of emotional response.

For example, if you have been getting bad calls the whole match and you feel the official is singling you out, you may respond with an angry outburst. If you are ahead and in control of the match, you may view the bad calls as a simple nuisance.

It is important to understand a couple of things…

Nick Kyrgios And The Power of Emotion

Nick Kyrgios is widely considered a huge talent within the game of tennis. Kyrgios has career wins against tennis greats Rafael Nadal and Roger Federer and was the boys’ champion at the Australian Open in 2013

The one area Kyrgios needs improvement in order to climb the ranks is managing emotions.

Kyrgios has smashed racquets, dumped games, battled with tennis officials and even made lewd comments pertaining to the personal life of Stan Wawrinka while playing against him at the Rogers Cup. The inability to control his emotions earned Kyrgios a $10,000 fine and probation from the ATP.

Tennis Hall-of-Famer John McEnroe, known for his own outbursts during his playing days, told reporters:

“I think he’d [Kyrgios] be well served to look at the guys like Nadal, tremendous effort players. These guys are so professional now that he [Kyrgios] can’t afford to waste as much energy as he’s wasting with these sort of off-court comments that he’s making that just cause more problems for him.”

Strategy #1: Self-Awareness
Review previous matches when you experienced intense negative emotions. Ask yourself, “When this happens, I react by…” For example, “When I double fault, I get angry which leads to more faults.” Identifying situations where your emotions get the best of you can help you identify early warning signs.

Strategy #2: Traffic Light
This strategy can help you identify when you are moving out of your optimal emotional zone. Green means “go” signifying you are responding to situations effectively. Yellow means “caution” or that you are starting to feel a build-up of anxiety and need to relax and refocus. Red indicates a loss of self-control where you are responding with negative emotions. Your goal is to “stay in the green” where you perform at your peak.

Kyrgios demonstrates the impact of not managing your emotions and how, if not kept in check, these emotions can spiral out of control. In the game of emotions, you get to choose: manage or damage.

Ready to learn more about working on your mental game? Contact me today for more information:

Check out more about Composure in Sports Here