Rhonda Rousey. The hallmark of a champion is in their ability to overcome adversity, to come back from losses and to respond positively to unsuccessful attempts. 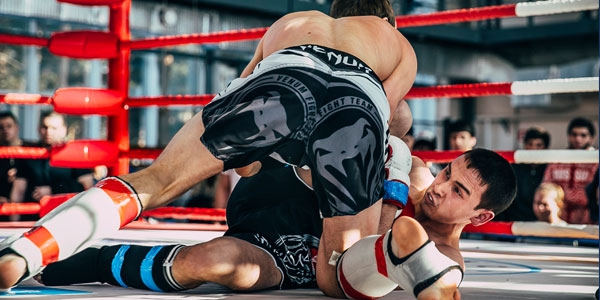 What does it mean to be a champion?

Before reading any further, take a few minutes to really think about how you would define champion.

The one common element everyone probably included was winning championship titles. Most people equate champion with championships.

But the fact is that champions lose too.

The hallmark of a champion is their ability to overcome adversity, to comeback from loss and to respond positively to unsuccessful attempts.

How do you respond after a tough defeat?

Does it help to tell yourself “you are a loser” or is it more effective to dig deep and find a way to come back?

In reality, it is not titles that make you a champion but your ability to get up after being knocked down and keep swinging.

How you respond to loss will forge your athletic legacy.

If you can master the comeback, win or lose, you will be a CHAMPION!

Former bantamweight UFC Champion Rhonda Rousey was widely considered the best MMA fighter in the world. Heading into her champion bout against Holly Holm (9-0) at UFC 193, Rousey had 12-0 record with only one fight making it out of the first round.

Despite being a 10-1 favorite, Rousey was knocked out in the second round to lose her championship belt to Holm

Not only did Rousey suffer physical injuries in her loss to Holm, the emotional and mental impact weighed heavily on Rousey. For a period of time after the fight, Rousey stayed out of the public eye for months as she tried to process the defeat. Now on the cover of the Sports Illustrated Swimsuit Issue her confidence in herself has returned.

After the fight, Rousey expressed her displeasure with the loss.

How will Rousey respond? Will Rousey be energized to come back? Rousey may have been down but she is definitely not out.

ROUSEY: “I need to come back. I need to beat this chick. Who knows if I’m going to pop my teeth out or break my jaw or rip my lip open. I have to do it [come back].”

“Being defeated is a choice. Everyone has losses in their life but I choose to always be undefeated.”

Remember, a champion’s legacy is determined by how they respond after defeat.

Rousey is already focused on a rematch and forging her legacy as a champion. Dana White, UFC President, believes this loss will only serve to motivate Rousey to come back stronger and better than ever.

WHITE: “She’s the mentally strongest athlete I’ve ever met in my life. When she gets over this loss, she’s going to be a savage. She was a maniac and a hard worker when she was the best in the world. What’s she going to be like now that she lost?”

Step 1: Grieve a loss – It’s okay to be unhappy after a loss, Rousey expressed her sadness. Give yourself some time to process the loss but understand every athlete will lose some time.

Step 3: Learn from the loss – Figure out what you can do differently to improve future performances.

Do you have that champion inside you? Prove it… to yourself!

Parents: Learn more about mental toughness tips after a loss

Do you want to improve your mental toughness? Contact Coach Amy Today!