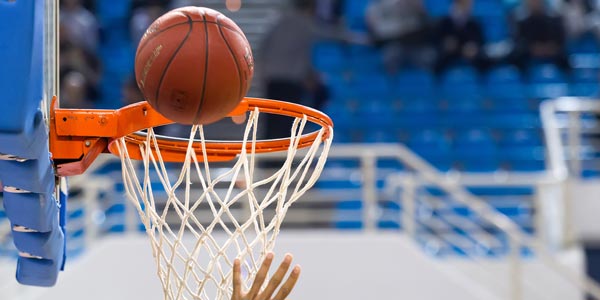 How UNC Won The National Championship

There is a big misconception in sports… I have to have my “A” game to be successful.

The truth is, you are rarely firing on all cylinders through a competition. There are always some aspects of your performance that are not up to par.

In tennis, you might find your pace to be a little off on your first serve, easy overheads landing in the net.

A runner may be battling a nagging injury.

A baseball or softball pitcher might have difficulty throwing a certain pitch for strikes.

In these situations, it becomes easy to conclude, “Well, I don’t have it today… therefore, I will probably not win, not place or not advance further in the competition.”

The problem with that conclusion is that it is 100% false.

When you buy into that faulty logic, you often give less than your best effort because you have resigned yourself to lose or perform poorly.

But, what if your opponent is also having an “off” day?

What if some unlucky bounces or unfortunate circumstances or bad officiating go against your opponent?

If you have a “fight-at-all-cost” mindset, you can grind out a victory when you are not at your best in a competition.

University of North Carolina Men’s basketball team is proof that you don’t need to have your “A” game to be successful.

In the biggest game of the season on the biggest stage, the NCAA National Championship game against Gonzaga, UNC shot a lowly 35.6 percent (well below their 46% season average), 57.7 percent from the free throw line and only 14.8 percent from three-point range.

So how in the world was UNC able to eke out a 71-65 victory to claim the NCAA National Championship?

Despite shots not falling and bad officiating, UNC focused on the two things they could control… effort and attitude. UNC’s effort (7 steals, 8 blocked shots and many crucial second half rebounds) had a big impact on the game.

UNC head coach Roy Williams credited his team’s effort and attitude as the difference-maker in the game,

But the biggest deciding factor was UNC’s attitude, the competitive mindset to grind it out. It is attitude that lays the foundation for effort.

Without the proper attitude, if UNC thought they could not win because they did not have their “A” game, they would never have been crowned 2017 Nation Champions.

UNC point guard Joel Berry II talked about the team’s mindset at the start of the second half,

“So we just gotta give it our all. And that’s the moment where we locked in. And we went out there and just gave it our all, literally. And we were able to come out with the win.”

Follow the example of UNC when you are having an off day and keep your head in the game by focusing on the two things you can ALWAYS control, effort and attitude.

Find a way – You may not have your full arsenal of weapons working, so focus on what you do have at your disposal.

If you focus on what you can do, you greatly increase your chances of success.

Related Article: How to Play A Next-Level Game At The Next Level