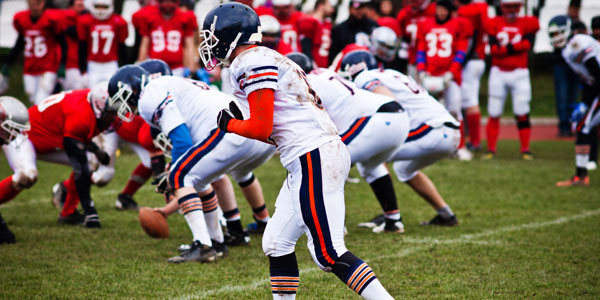 Getting a lead is the goal of every team as they head into the final minutes of a game.

Why is it so hard for some teams to close out games when they have an early lead?

You work your tail off executing your game plan and capitalizing on every opportunity to score. Your game strategy has worked and victory is not far off.

Instead of going for the knockout blow, you switch your strategy in an effort to protect the lead. In these last minutes of the game, you deem it more important to stop the other team from scoring rather than continuing your aggressive, attacking style of play.

Slowly, you see the lead you worked so hard to build start to dissipate. Now, as the game is within seconds of ending, you have allowed your opponents back in the game. You will either lose a heart-breaker or just eke out a victory.

Why do so many teams switch mid-game to a play-it-safe strategy when the game plan was already working successfully?

The fear of losing or making a costly error pushes some athletes into “conservation” mode.This strategy can often backfire and sabotage your chances to succeed.

Trying not to lose is never the most effective recipe for success.

The Seahawks & Their Fourth Quarter Collapses

In the season opener against the St Louis Rams, the Seahawks were winning 31-24 with 53 seconds left only to lose 34-31 in overtime.

In Week Two, the Seahawks gave up 11 unanswered fourth quarter points to the Green Bay Packers to lose 27-17. The Seahawks were outscored 20-0 in the second half against the Cincinnati Bengals for their third loss (27-24) of the season.

Seahawks safety Earl Thomas admits, rather than playing like the “Legion of Boom,” the team has changed its focus in crunch time which has contributed to their string of fourth quarter collapses.

As Seattle has demonstrated playing it safe increases the chances of making mistakes.

Playing it safe causes you to lose your focus, aggressiveness and momentum.

The Damaging Effects of Playing not to Lose

When you switch from “attack mode” to “defense mode,” you stop playing to win in favor of trying not to lose. You already had an effective strategy. Why change it?

Playing not to lose:

You need to combat that instinct to preserve the lead. If you think of it, the best way to defend a lead is to lengthen the lead.

Strategy #1: Focus on the win – Stop thinking about “what if I lose.” You worked to get the lead, so something must be working and if it’s working, why change it? Ask yourself what style helped get you the lead. How can you continue this style of play to close out the game?

Strategy #2: Go for the knockout – You can put the nail in the coffin with one last score. Stay aggressive and keep putting the pressure on your opponent. Ultimate competitors play the entire game with a mindset to win, instead of not to lose.

Playing not to lose is a recipe for disaster but, if you want to increase your chances for success, keep up the intensity, be aggressive, play to win at all times and go for the victory.

To read more on Self Doubt and Sports Performance Click Here